A year has past since Chady and his family arrived on June 19, 2016 and the family has made tremendous progress. In September Chady will be going into level 3 of the LINC Program (Language Instruction for Newcomers) and Zeinab into level 2. The boys, Hamza 11, and Yousef 8 will be going into grades 5 and 2 and the girls Sara 4, and Sadil 3 will continue going to daycare while Mom and Dad attend ESL classes. Life in Canada has been a challenge but they are doing very well.

Chady has managed to save enough funds to purchase a second-hand car and get his G2 drivers license. He is now able to transport his family of six, which has been a problem over the past year. He is actively looking for work but understands that he needs to continue working on his English.

We have helped negotiate a second year lease on the three-bedroom basement apartment in Etobicoke, which means they will be staying in the neighbourhood for another year.  The boys will be able to stay at Rivercrest Elementary School where they are receiving a lot of support from the principal and the teachers.  The family has connected with a number of Syrian families in the area and they are becoming very independent.

Our legal responsibilities have come to an end but we are still emotionally attached and we will continue to visit and support them. We would not have been able to do all that we have done without your support – thank you! We feel confident that we have accomplished what we set out to do a year ago: with your support we have been able to help Chady and Zeinab adjust to life in a new country, make new friends, and become somewhat independent.

We spent a couple of hours with the family recently at a Canada 150 and Eid El Fitr Celebration (see photo above). It went well; we are now able to carry on conversations without the use of Google Translate. Chady is feeling much better about himself and is a lot more confident now that he has a car and is able to travel around the city.  He told us that his ESL instructor has invited him to attend LINC lever 4 classes that he will be teaching over the summer. It is a little advanced for Chady but he is going to sit in on classes – we couldn’t be happier! 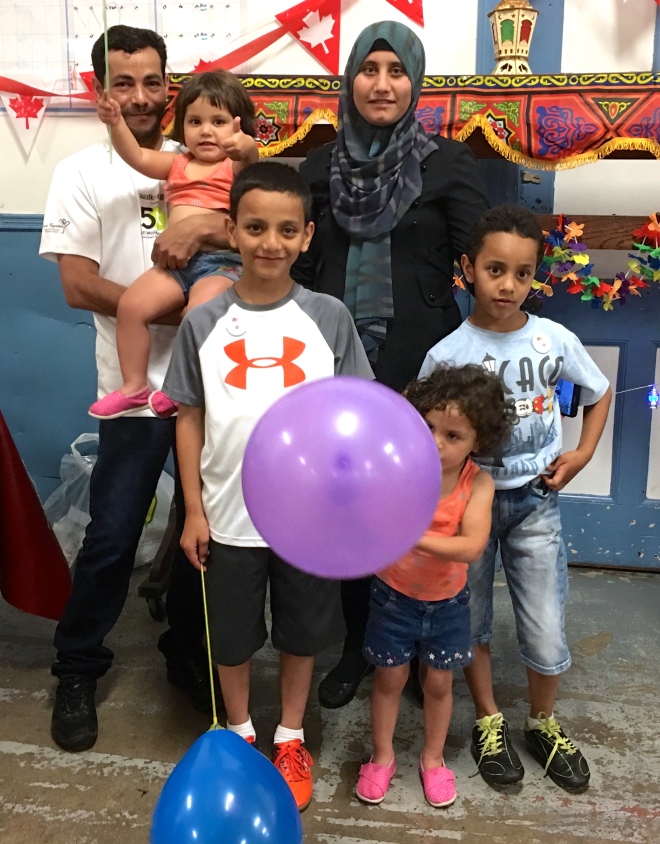